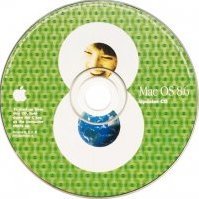 Since the beginning of Osx86, many users “updated” their Macs by modding the cases to fit standard PC components, bringing new life to the machines by keeping the precious design of the original products. The name of these FrankenMac's brought back from dead? Hackintosh. 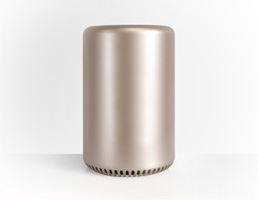 This was the perfect solution for those who didn’t like standard cases, but still liked fancy ones, but then the new Mac Pro came out. This time it wasn’t in a usual rectangular desktop case but in a completely new form factor. Many users criticized Apple for its switch to a “closed platform”, as it was mostly non-upgradable and definitely strange. But no-one can argue about the incredible ability of Apple’s engineers to put two powerful GPUs and an Intel XEON processor with ECC RAM DIMMs, yet keeping the form factor ultra-compact. Only 25.1cm tall, a diameter of just 16cm and the best possible use of its shape to achieve an optimal airflow to get the best results. In terms of temperature, using just one fan, it’s pretty cool - literally! Until a month ago, building a PC with this new cylinder concept was possible only for the bravest of modders, determined enough that they would customise their cylindrical trash cans with heavy modding, bending,and cutting, to fit a standard PC Mini ITX mobo and all the other usual PC components.

Now it’s time for everyone to get their cylinder, [hopefully for a hackintosh], case. The Dune Case is here: a Mac Pro case that fits a Mini ITX motherboard. It’s doing well on Kickstarter with many backers for this project. We at InsanelyMac are super interested to see how well it can support standard PC hardware, handle temperature, and how strong and tough it’s built.

The Dune Case is not made with the usual weak material found in most cases (couple of painted metal sheets), but a solid piece of thick aluminium

that hides all the sections made for the motherboard, the PSU and a large gaming GPU. It even has routes for cable management, a custom made PCI-Express riser card to reroute the GPU from the mobo to a place in the case where it (amazingly) fits. There’s also a PCB for the front panel with various connectors to attach to USB 3, Ethernet, 2x 3.5mm audio connectors (front speakers+mic), dual DisplayPort or dual HDMI and power. The original principal behind Apple’s Mac Pro design is intact: the case is splitting the airflow coming from below to reach the components without dead points. The makers made many tests to ensure optimal temperature with the stock CPU cooler, though it could probably be replaced with a low profile one, but likely not a liquid one.

It supports up to two 2.5 HDDs or SSDs and only Mini-ITX components, to be clear, even the GPU must be Mini ITX, but today there are many powerful components that can be used to make it a powerful machine that could challenge the genuine Mac Pro, such as the latest Skylake processors and a Mini-ITX GeForce GTX 970.

We want to underline that even if it’s without any doubt the closest thing to a Mac Pro, it’s clearly not like it. In fact there is no way to install another GPU even if there are some Mini-ITX XEON mobos as the components, even if well placed, probably couldn't fit the original’s specific design, and even if the video cards were small they're still a little bigger than the original. But we have to say that the Dune Case is something fresh for the PC case market, and we want to wish the best for their Kickstarter campaign.

So go check it out and you could be lucky enough to get it cheaper. You don’t want to run out of time!

We leave you with some cool pictures exclusively shared with us for you to enjoy. 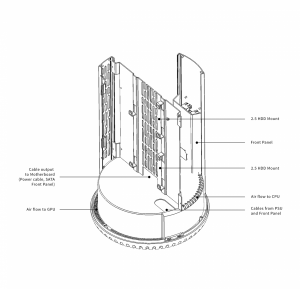 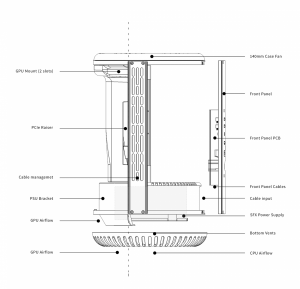 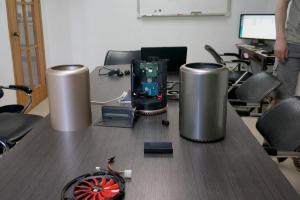 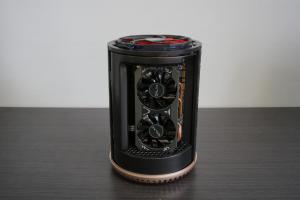 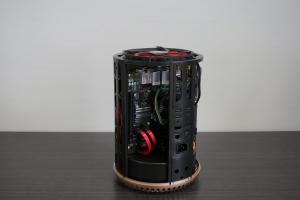 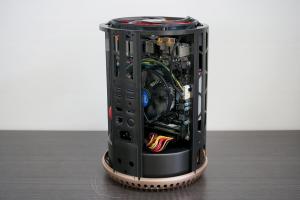 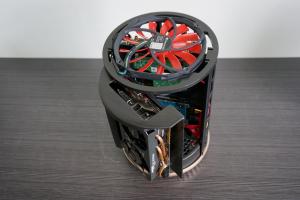 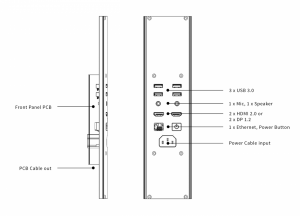 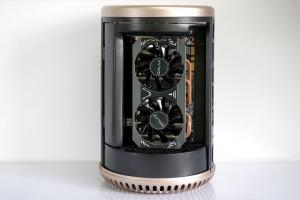