Google Music launched hot on the heels of iTunes Match 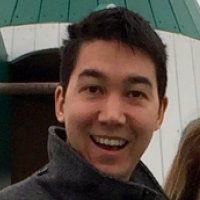 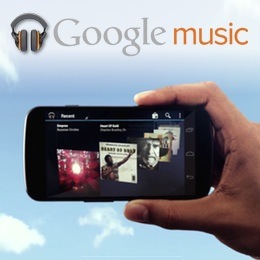 Google's highly anticipated challenge to iTunes finally launched in the US today, going by the name of Google Music.

Apple launched its revolutionary iTunes Music Store in 2003, and over time it's become one of the most popular ways to download music legally, especially if you own one of Apple's iPods or iPhones.

Google is aiming to break the monopoly that Apple's been enjoying by launching its own music store, which is tightly integrated with its Android OS, the market leading mobile operating system for smartphones made by major manufacturers including Samsung, Motorola and HTC. As of Q3 2011 Android has captured over 50% of the smartphone market, whereas surprisingly Apple's iOS is trailing at 15%, meaning a music store offering from Google could pose a serious threat to Apple's music business.

So, how do the two compare in the real world?

iTunes has 18-million songs, Google Music has 13-million, crucially missing out major label Warner Music. This means no Prince, Led Zeppelin, Yes, and other big music artists. I have no doubt this will change over time, but as a new comer versus a veteran that's been collecting music over 8 years, this is to be expected.

Advanced features such as storage and sync'ing in the cloud are free on Google, $25/year on iTunes. So if you fancy the idea of having up to 20,000 of your songs stored in the cloud (25,000 on iTunes) and made available across all your devices (computer, phone, tablet), then Google Music will do this as part of the service. Apple will charge you for the pleasure of this advanced feature, albeit at a modest $25/year, but still, it's not as good as free. The advantage of storing your music in the cloud is that it reduces the need to have huge amounts of storage on your mobile devices and means you'll never be without any of your music providing you're connected to the 'net. It also lets playlists sync across all your devices, so if you change your playlist while you're on the go it'll be exactly the same on your computer and other devices.

Google Music shares what you're listening to with your friends over the Google+ social network, iTunes instead uses its own Ping. The problem with both is that neither of them are Facebook, and now that cloud-based streaming music provider Spotify is in bed with the mighty FB, it seems unlikely that either iTunes or Google Music will be coming to the biggest social network anytime soon. That said, I would argue that Google's again got the edge here as Google+ may still mature as it's early days for the fledgling Facebook rival.

Overall, Google Music looks set to be a very worthy competitor to iTunes and it'll be interesting to see if Google are able to obtain a strong foothold thanks to its huge installed user-base of millions of Android devices out there.

There are no comments to display.