Bringing a large number of system changes that many users have been begging apple for years. 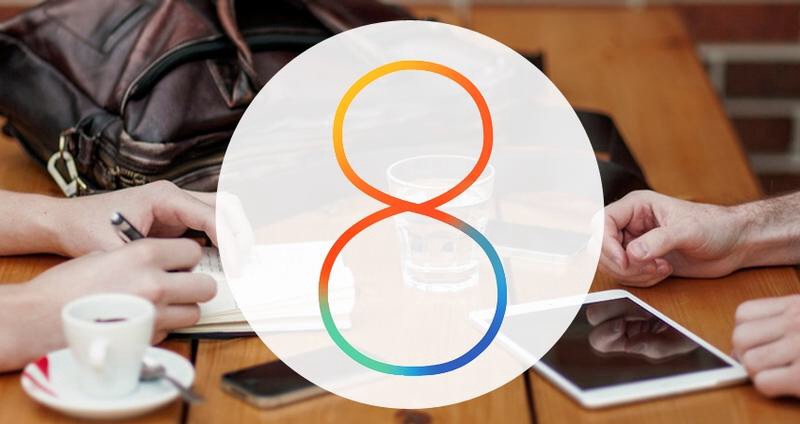 iOS 8 brings a large number of features to iOS that users have been asking for years.

This further closes the gap between iOS and OS X. Continuity allows you to begin typing an email, text message, and what not on your iPhone/iPad, and finish it on you "Mac." But wait, you can't send/receive text messages on your computer what are you crazy! Is what you might be saying. Nope with iOS they also allow you to take phone calls on your "Mac" as well as answer and send text messages.

Apple has already opened up Touch ID API to developers to harness the full potential of using your fingerprint as an encryption method.

Furthermore apple also has added a brand new Health App to bring all your Health information together in one centralized location. The new M8 coprocessor found in the iphone 6 and the iphone 6 plus, allows the user to use the phone as a pedometer. I personally love this idea of harnessing the power of the m8. Many android handsets already have this feature like the Google Nexus 5, which I own and I love keeping track of how many steps I have taken, how far I've walked or ran on a particular day.