How to Take a Screenshot on a Mac

The ability to take screenshots on your Mac can be valuable for several reasons. Screenshots capture a unique instant of time that can never be completely replicated. A screenshot can be instrumental in providing information to tech support if you experience an issue with your Mac or MacBook Pro. Some users like to take screenshots of interesting images they find while surfing the web. In this article, we are going to show you how to take a screenshot on a Mac and manipulate the images after they are taken.

How to take a screenshot on your Mac

Let’s talk about how to screenshot on a Mac. It’s a relatively simple procedure, but there are some subtleties built into the process.

The full spectrum of screenshot functionality on an Apple computer is accessed with the Shift-Command-5 keystroke combination. This opens the Screenshot application, which can also be opened the same way as any other app from the Utilities folder.

Various shortcuts are available that make it easy to get just the exact screenshot you need.

The following procedure details how to use the Screenshot app to take various types of screenshots.

New Apple MacBooks have a touch bar that can be customized to make specific commands easy to access. The following steps will enable you to take a screenshot directly from the touch bar.

Method 4. How to take a timed screenshot

Third-party Mac screenshot apps offer additional flexibility and functionality that allows you to capture an image of your screen without using a keyboard. Users that take a lot of screenshots and need more than a simple screen capture should look into a third-party tool.

Some of the features to look for in a screenshot app are the ability to markup or annotate your screenshots, save them to different file formats, and export images directly to other apps or cloud platforms. If you need to share screenshots with colleagues, a third-party tool is essential for enhanced productivity.

Here’s an overview of how to take screenshots using the following third-party apps.

Where are Mac Screenshots saved?

By default, any screenshot you take on your Mac is saved to the macOS Desktop. If you are in the habit of taking a lot of screenshots, this default will quickly lead to a very cluttered desktop. If you’re not satisfied with this outcome for a screenshot on Mac, the next section of this article should interest you.

Change Where Your Mac Screenshots Are Saved

You can change where your Mac screenshots are saved with the following simple procedure.

How to Edit a Screenshot on Mac

Depending on how you plan to use a screenshot, you may need to edit it for a variety of reasons. Mac screenshots are saved as a .PNG file and you might want to change the format. We’ll show you how to do that as well as how to crop the image or change its dimensions using the macOS Preview application.

Preview is the default app for opening images, so you can also just click on the image if you haven’t changed the default. If you have, open it by right-clicking on it and selecting Preview.

If you want to save the screenshot in a different format, use these steps while in Preview:

It can be frustrating to attempt to take a screenshot on your Mac and find out it’s not working for some reason. Fortunately, there are multiple actions you can take to resolve this issue.

Your Mac can start performing inefficiently if it hasn’t been restarted in a while. This can affect the performance of your apps and may impact your ability to perform a print screen on your Mac. A simple restart may resolve this problem. 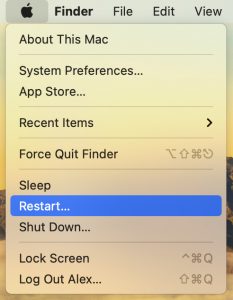 Make sure the keyboard shortcuts for the Screenshot app are turned on with the following procedure.

Solution 3. Verify where your screenshots are being saved

How to Increase Efficiency When Taking Screenshots on a Mac

You can increase your efficiency when taking a screenshot on your Mac in three ways.

Whatever reason you have for wanting to take and edit screenshots on your Mac, we hope that you have found this article informative. There is a lot of powerful native functionality available in macOS Big Sur and its predecessors. Using the Screenshot app, you can easily capture all or part of your screen. Then use Preview to edit the image and save it to a different format if you like. You can even perform some simple annotation on the images with Preview. Have fun taking your screenshots!

How do you take a screenshot on a Mac?

Use the following steps to take a screenshot on a Mac.

How do I take a screenshot on my Mac without dragging it?

You can easily take a screenshot of your complete screen with this command:

The screenshot will be saved to the default location which can be changed by the user.

Is there a snipping tool on Mac?

Yes, there is. The Screenshot app itself as well as Preview can be used as a Mac snipping tool.

What is the best snipping tool for Mac?

Here are some third-party snipping tools that you might want to check out if you are not satisfied with the solutions built into macOS. Here are some options.

Why is Screenshot not working on Mac?

Screenshots might not be working on your Mac due to a problem with the PC’s keyboard. You can try restarting your Mac to clear the issue or take the screenshot without using the keyboard.

How do you take a screenshot on a Mac without a keyboard?

Use the following procedure to take a screenshot without a keyboard. Instead, you will use a mouse or the trackpad on a MacBook Air.

Can you take a scrolling screenshot on Mac?

Yes, you can record your screen as you scroll to take a video screenshot that captures everything happening on your computer. This feature can be very helpful when troubleshooting application problems or working with remote support teams. Use the following procedure to take a rolling screenshot on your Mac.
Post Views: 477 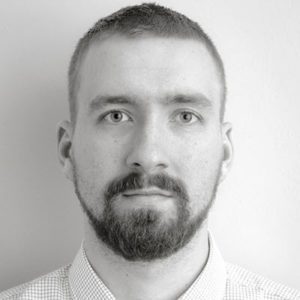 With his keen understanding of technology and his ability to make it accessible to a general audience, David has been covering technology-related topics for the greater part of his career. When not researching, writing, or proofreading, David likes to spend time with his wife and young daughter.