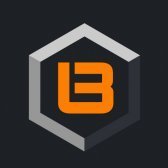 Which card for expansion of SSD/SATA ports?

By BauerMac, December 13, 2020 in SATA/IDE Controllers

8 posts in this topic