How to choose the best MKV player for Mac in 2022

MKV files are pretty common, as they have the capacity to contain a lot of data, including subtitles, unlimited video, and audio. They are a large container file that not every device and computer recognizes. In this guide, we’re helping you to find the best MKV player for Mac to ensure you have a way to open and play the files. One of the best video players for mac is the versatile and professional Elmedia Player. Easy to install and start using on Mac, this is a good option for a Mac or Macbook video player, as it can recognize virtually any non-native file and play them both on your Mac, or with screencasting.

Opening is as simple as dragging and dropping the file or even using the media player for Mac’s inbuilt file browser to find the MKV file you wish to open.

There are a lot of advanced playback options you don’t get with a lot of the media players out there. You can speed up or slow down the video, watch clips frame-by-frame, and even use the timeline preview to scrub through. There are also bookmarking features and a large variety of audio functions such as EQ. 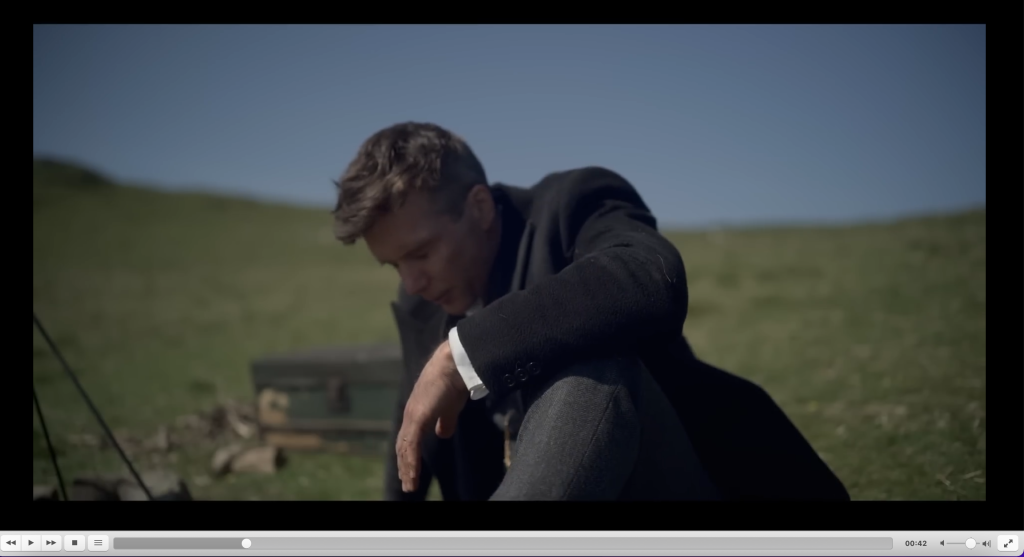 VLC Media Player is likely to come up on many lists of the best free video player for Mac. It has excellent compatibility and is a great option for those who don’t want to spend any money to watch and convert videos.

It can play MKV files with ease, and also convert them. In spite of being freeware it is regularly updated which means it is one of the best video players for Mac M1 and even M2 chips.

The player is relatively basic and doesn’t have as many options as some of the others, but it does allow you to scrub through and change the viewing speed, for instance.

Macgo was originally created to be a Blu Ray player for Mac, but now functions as one of the all-round best video players for Mac in 2022, when sales of Blu Rays are relatively low and most people download or stream.

The video player for Mac is fast and optimises the hardware you are working with to provide fast playback including 1080P and even up to 4K videos. Play from a disc or from your hard drive or portable storage.

There’s a fairly big downside to this. The free video player has very limited features. The “Mac Blu-Ray Player” is cheaper than the Pro version but does not support MKV files. Macgo’s “Mac Blu-Ray Player Pro” is required if you want to play MKVs. Plex is a very cool piece of software and one of the best player video for Mac options out there. It’s free to download and though it is a good video player it is used by a lot of people to organize their file library and subscribe to shows like podcasts and streams.

This has the option to stream media files to different devices, and can be installed on Roku devices and more. You can stream directly through the Plex app and watch a variety of shows, but you can also add many more files from your personal library, including MKV files. Plex also has the capacity to convert files to other formats. MPlayerX is one of the cheapest media players for Mac, but it also has a decent set of features and functionality for those looking for a way to play files, including MKV files.

As well as offering a video player for Mac users to play from their hard drive, MPlayerX also supports streaming and playing from HTTP feeds, and casting to Smart TVs.

It has a great level of support with Mac devices, and is definitely built with Mac users in mind. You can even use the Mac remote in conjunction with the player to stop and play. This means it is the best video player for the Mac Apple TV. It also automatically remembers the spot where there was any interruption. A massive downside is that it isn’t regularly supported to work with the latest versions of Mac.

Movist is an affordable, no-frills video player for Mac, and it supports MKV files. The functionality isn’t up there with some of the top-of-the-line players, but it is in line with what you would expect for this lower price tag.

Movist has been built to be one of the best video players for Mac 2022 models with support for the silicon chip models of Mac on the market.

Movist Pro unlocks media streaming from the web, as well as picture-in-picture. The standard version is fine for playing the files, it has hotkey control too which means that once you’ve memorized these you can quickly navigate through the software. 5KPlayer is a decent option for HD playback and streaming, and it gives users a simple interface and quite a lot of functionality. You can play 4K videos as well as ripping and playing DVDs.

The player also supports AirPlay and DLNA playing, including playing MKVs even in UHD formats.

The main thing that some users find frustrating is the fact that the app is supported by adverts, which open as soon as you open the app. There are a lot of users who would rather pay a fee for the software and avoid constant ads. IINA is one of the best free video players for Mac, and it feels pretty intuitive with Mac. As with the others on this list, it provides you with reliable opening of MKV files as well as many other file types.

IINA has HDR support and works well with the current generation of Macs, including silicone chips. There are also many different crops and aspect ratios to choose from. The app works as a plugin for either Firefox or Chrome.

How to open MKV file on Mac
Once you have downloaded a piece of software for Mac that is capable of opening your MKV file, there are usually a couple of ways to open the file.

From Finder, you have the option to navigate to the file and then right click, before clicking “Open With” and then navigating to the software that you have downloaded.

MKV files are not natively supported for Macs, but they are relatively common, and this means it is a good idea to have an option to play these kinds of files. All of the MKV players for Mac mentioned in this guide are a way to enjoy MKV files and open and play a variety of different video files and container files.

How do I play MKV files on my Mac?

Can VLC play MKV on Mac?

Yes, VLC is an option to play and convert MKV files on Mac OS. It is a freeware option that allows you to open and play video files of many varieties. VLC works on a variety of devices and platforms including Mac.

There are a few options, including Elmedia Player that can be installed quickly and easily and allow you to play MKV as well as a variety of different non-native file formats, as well as MP4, MOV and other mainstream files.

How can I play MKV files on Mac QuickTime?

QuickTime is primarily an MP4, MOV and AVI video player. You will need to add the Perian plugin if you are going to play MKV files on QuickTime.
Post Views: 51