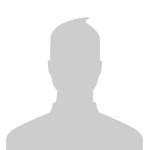 Not totally new but bit rusty...